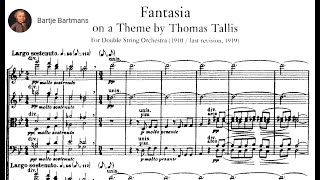 In about a week, I'll be conducting a 9/11 memorial concert, and I've been thinking about what it means to me. This is a concert I've been involved with since I was very young, but this year is special for a few reasons. The programs are always ambitious and full of good music, and I always try to program three particular kinds of music on it: music that can help one grieve, music that can console, and music that celebrates life and liveliness. I don't always get it exactly right - but this year, I think I did.

I can't remember what year exactly I first got involved with these concerts - maybe 2003? To borrow an expression from a friend, the concert always feels a little like "music-making on a razor blade", since we only have one rehearsal, and it's on the day of the concert. But somehow it always comes together more perfectly than anyone expects. (I couldn't tell you how exactly we do it - you'll have to come hear for yourself!)

The tradition was started by Alison Crowther, who lost her son Welles in the attacks on the World Trade Center. Welles is one of the remarkable heroes of that day who re-entered the towers several times to rescue as many people as he could - I can't even begin to imagine the bravery that must take, or the grief that Alison felt and continues to feel. The concert is in Welles' memory, and in memory of everyone who lost their lives on 9/11. My mother first met Alison just prior to the attacks, and she was one of the musicians involved in the very first concert; she's the one who ultimately brought me on board to these concerts. I started as a flutist, playing chamber music with my mom and others, and playing in the orchestra conducted by Ed Simons.

Ed Simons has been in the news recently; he died only a few months ago at age 101. At last year's Concert for Remembrance, he set a record at 100 years old as the world's oldest active conductor. He too had been with Alison and the Concert for Remembrance from the very beginning; she knew him from the Rockland Symphony Orchestra, in which she played and which he conducted. He was a local celebrity among classical musicians in Rockland county (where I grew up); he even conducted my mother's very first concerto with an orchestra. He was a friendly and larger-than-life presence at each concert; it won't be the same without him this year. He was so generous and encouraging to me as I became interested in conducting; as I grew up, he let me conduct some music on the program each year. Now, with him gone, I've inherited all the orchestral music on the program, as well as his very large shoes.

So, this year's program: among chamber music and several solo tributes to Ed, the orchestra is performing four pieces that run the emotional gamut from meditative and profound to lively and joyful. The concert opens with a movement of Bach's g minor Violin Sonata - and I haven't asked Alison yet, but I want to go attacca into our first orchestral piece: Vaughan Williams' Fantasia on a Theme by Tallis (also in g minor, though it ends in major). This is a new piece for me (as well as the Beethoven and Bach, which I'll get to in due time), and I have immensely enjoyed the process of getting to know it. And, as a history nerd and someone who loves Renaissance music, the connection to Thomas Tallis is very exciting for me. The piece is slow and thoughtful; but just because it's slow doesn't mean it isn't challenging. We've performed other challenging music before - the two most difficult that come to mind are Wagner's Sigfried Idyll and Barber's Adagio for strings - so I'm confident that we can do it. But it requires intense concentration, and a willingness to open oneself up and become very emotionally vulnerable. To me, this is music that aids in grief, that connects one to sadness; it's one of those pieces that can make you cry when you didn't realize you needed it. To quote Seamus Heany, it's a piece that can "...catch the heart off guard/and blow it open."

The orchestral pieces that follow are two short pieces for a solo quartet of singers and orchestra: Beethoven's Elegischer Gesang (Elegy Song) and Fauré's Cantique de Jean Racine (Canticle of Jean Racine). I was first introduced to the Beethoven two years ago, and immediately saw that I needed to perform it as soon as possible! It's terribly underperformed, because getting a group of singers and instrumentalists together is challenging enough, and for only seven minutes of music it's hardly worth it: only a few of the performers had even heard of it when I programmed it. But its music and text are transcendent - it's like a bonus slow movement of one of his late string quartets (and with words!). The Fauré is more subtle but no less profound; calm and rocking, it feels like a lullaby, and conveys a huge range of emotions within a piano dynamic and simple texture - Fauré's specialty. Our solo quartet is Soprano Anneke Harger, Mezzo-Soprano Hilary Baboukis, Baritone John Yannis, and Baritone James Rensink: all of them beautiful, sensitive performers, and I can't wait to hear what they bring to this music. This, to me, is music that consoles, music that connects us to other people and reminds us that, although there is pain and loss in the world, there is comfort to be found in that connection to others.

The final orchestral piece is Bach's virtuosic fourth Brandenburg Concerto, with soloists Avi Nagin (violin), Jacqui Drechsler and Stefani Starin (flutes). I've conducted both Avi and Jacqui before during these concerts, and they're both stellar (I'm sure Stefani is as well, but this will be my first time working with her!); I've owed Avi a good concerto performance for some time, ever since I majorly screwed up a Mozart concerto we did at the 2016 Concert for Remembrance (you never forget the bad times, do you?). In fact, Avi and I have known each other since we were teenagers, when we attended Mannes pre-college together, and it's very surreal to be performing together again all these years later. The Bach is the finale of the entire program, and rounds the concert out nicely in two ways: it closes the concert with G Major when we started in g minor, and it is music that connects the listener to life, in all its excitement, activity, and pure joy. Because of it's joyful character, I'm going to dedicate the performance of the piece to Ed (if the soloists are ok with that); it was the piece he was supposed to conduct on this year's program, and its spirit perfectly captures the joie de vivre that Ed had and that we all admired.